0
You have no items in your shopping cart.
Menu
Search results
My Cart 0
Sign up for 10% off your first item | Free shipping on all orders
Close 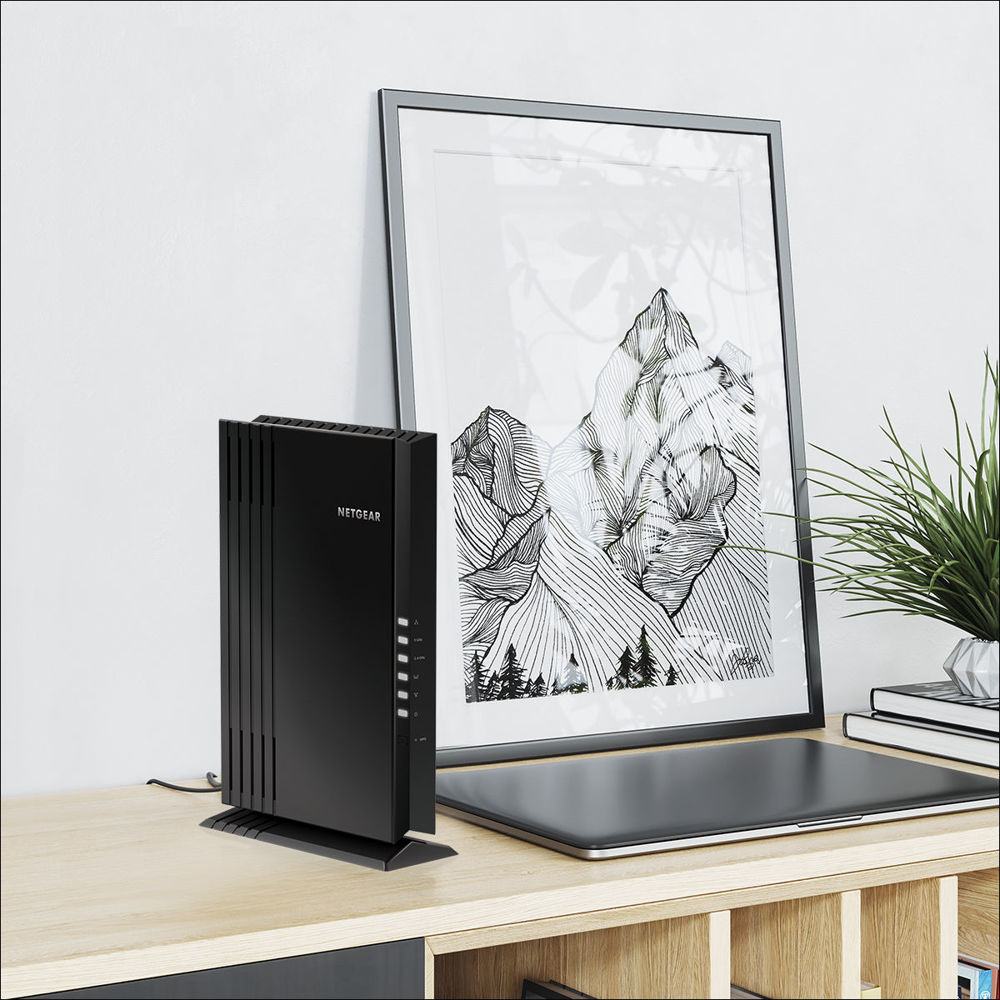 Two high-powered antennas, concealed inside, are optimally positioned to deliver ultra-reliable long distance WiFi coverage indoors and outdoors. Move from the basement TV to the backyard patio with no loss in performance. 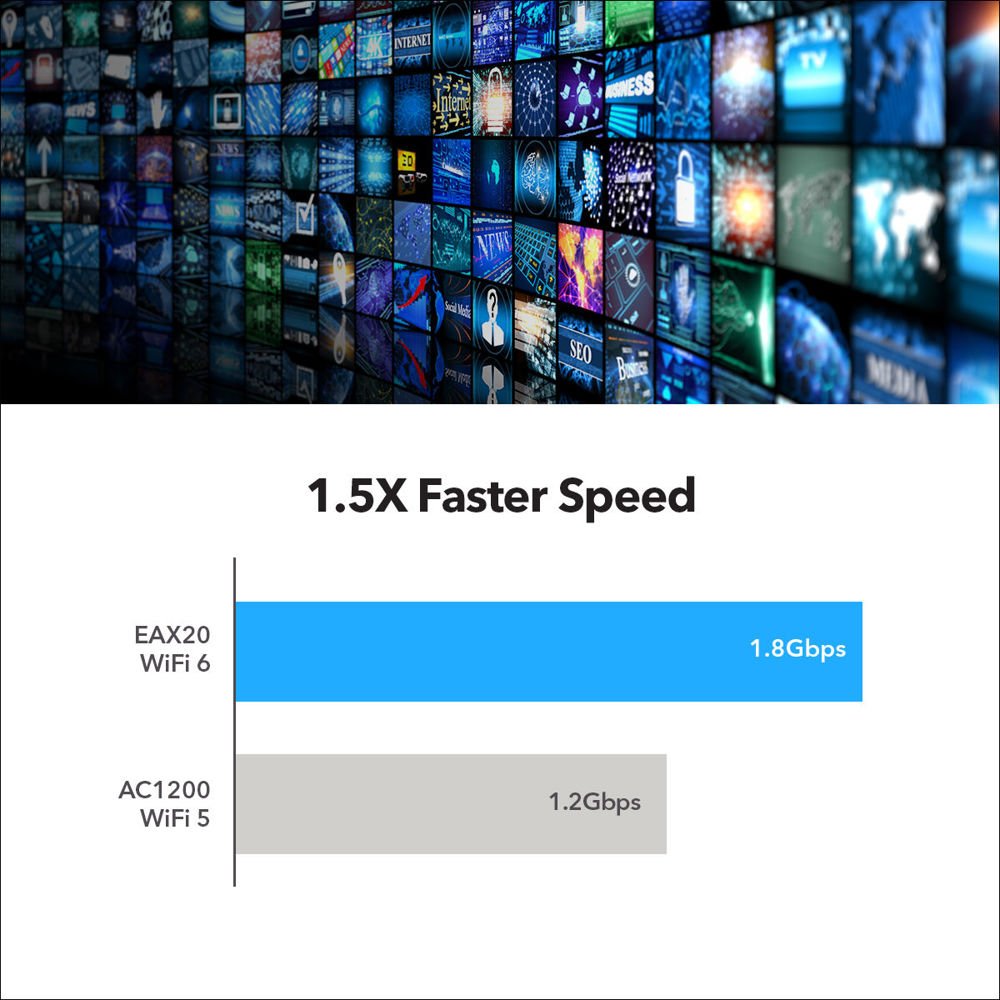 The Super-Fast Speed You Need

Up to an amazing 1.8Gbps for smooth 4k Ultra-HD streaming, lag-free online gaming, uninterrupted video calls, and no more waiting for content on smart phones, computers and tablets. 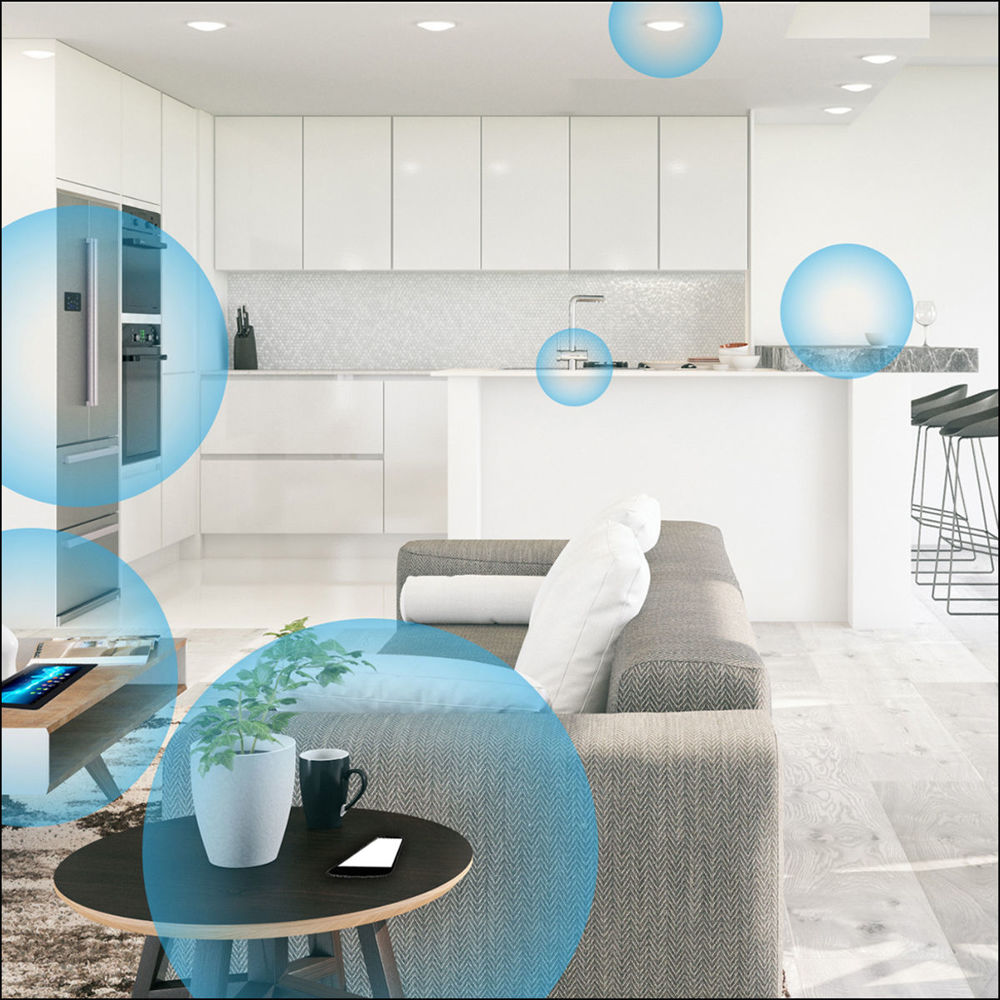 4 WiFi streams give you 2X the capacity of previous WiFi. More streams greatly increase the bandwidth available to your devices and the amount of data you can send and receive. Now there's nothing to hold you back from a true high- speed internet experience. 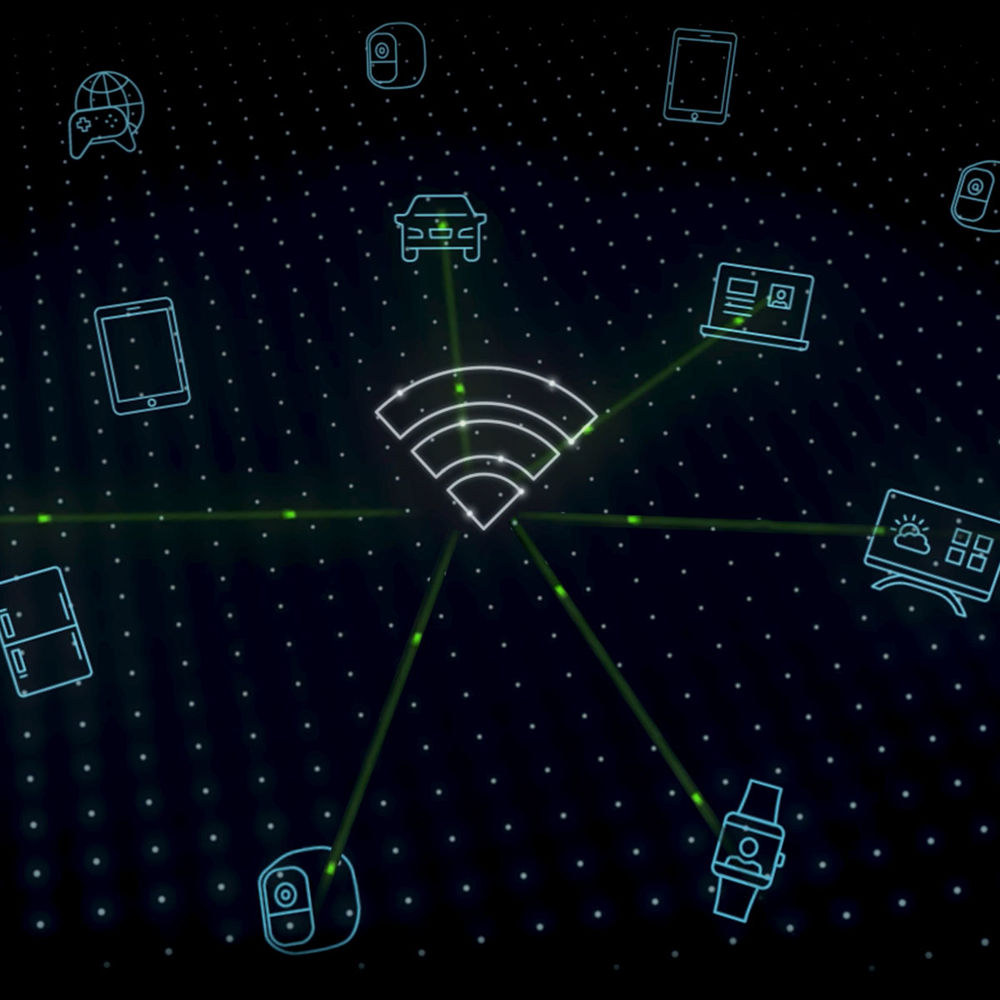 Say goodbye to slow connections when a houseful of devices are sharing WiFi. EAX20 features new OFDMA technology that makes sharing WiFi bandwidth much more efficient. It significantly increases the amount of data that can be sent and received by your devices at the same time, and prevents annoying connection delays. 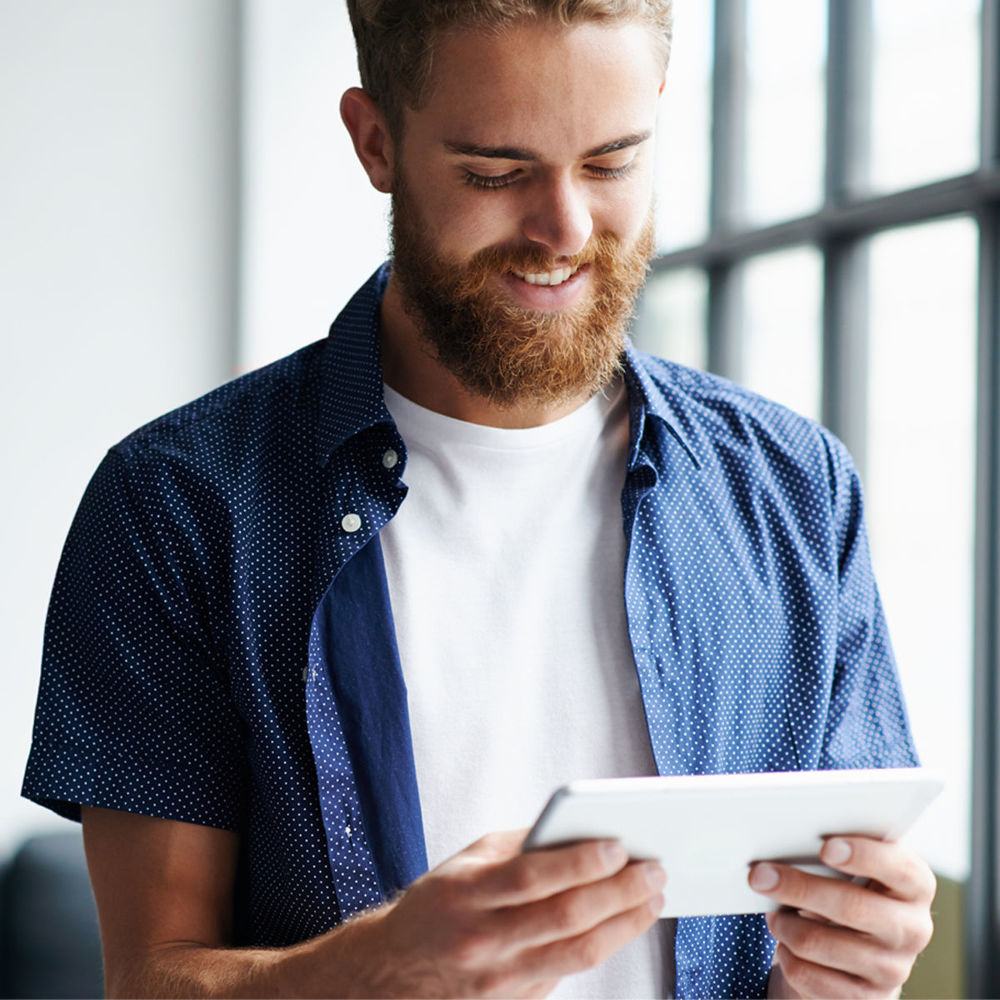 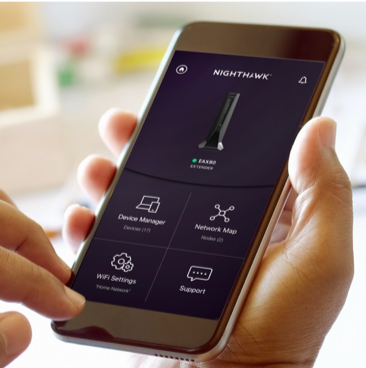